Find us here in this beautiful village 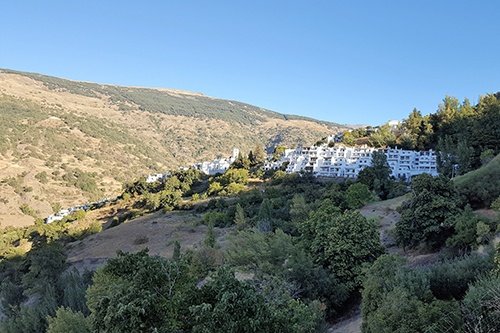 Our holiday cottage is in the heart of the Alpujarras (La Alpujarra) in Spain's Sierra Nevada mountain range and appoximately 90 kms from Granada airport. Bubión is perfect for those wanting a mountain holiday with easy access to the coast (Costa Tropical) and the Moorish City of Granada.

White villages of the Alpujarras

Bubion is the middle of three white villages (pueblos blancos) – the other two being Capileira and Pampaneira. Each of these high white villages has its own distinctive atmosphere and character. They all have a good selection of restaurants, bars and shops.

The best walking routes southern Spain has to offer 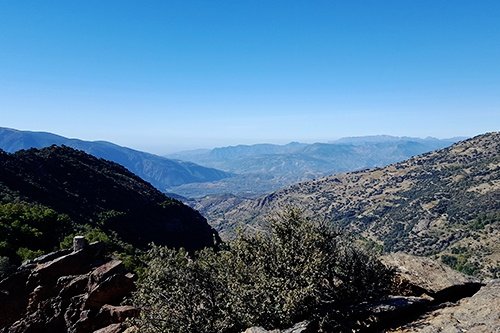 These white villages are the starting point of some of the very best walking routes Southern Spain has to offer. To the north of Bubión sits mainland Spain's highest mountain, Mulhacén, at 3400 metres, and its challenging neighbour, Veleta. For keen walkers, both can be conquered. For the slightly less adventurous, there are many beautiful river valleys, stunning waterfalls and picturesque footpaths throughout the Alpujarras. There is more information on our Activities page.

Looking to buy property in Andalucia?

The cottage is well situated for those looking to view or purchase property in the surrounding area of the Alpujarras, Granada and Andalucia. 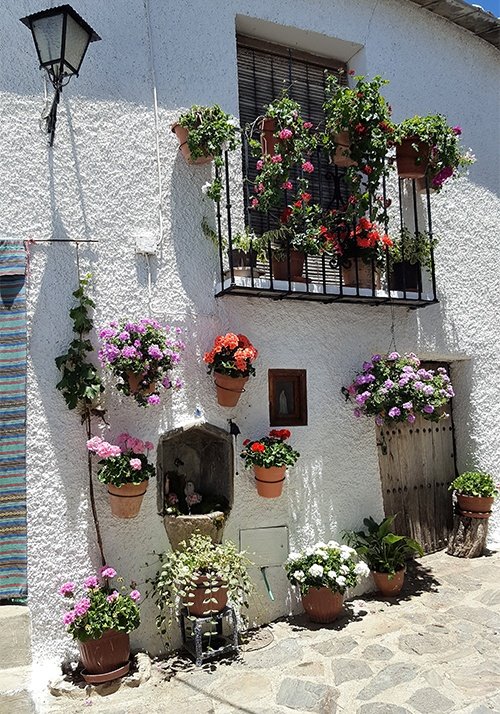 Granada/Jaén International Airport is located approximately 90km from Bubión and has flights from around Europe. Recently EasyJet have started flying direct from Gatwick and Manchester to Granada. There are 3 flights a week from Gatwick (details) and 2 flights a week from Manchester (details). Both Malaga and Almeria airports are about two and a half hour's drive from Bubion. From Malaga there are many international flights daily. Some to consider are BMIBaby and EasyJet. Almeria also has a good selection of flights arriving and departing daily - these include RyanAir and EasyJet.

Although a car is not essential, it is recommended. The best deals on car hire change from season to season, but popular ones to refer to for a comparison on prices are Malaga Car Hire, Sixit and Holle Hellis. Alternatively, look at DoYouSpain who are brokers for many car hire companies.

ALSA is the bus company for this area and they have a good web site listing bus times. There are three buses daily between Granada bus station and Bubión plus a regular bus service from Granada airport to Granada bus station. ALSA also have a service that runs between Bubión and Órgiva, the local market town, on Thursdays - market day. There is also a bus service between Bubión and Trevélez, the highest village in mainland Spain and other villages in the Alpujarras.